The advantages of corporate mergers are numerous, in which Saudi Arabia’s share of merger and acquisition services in the Middle East and North Africa, according to the number of deals, is 21.5 percent, as of September two thousand and nineteen, through two notable deals, Saudi Aramco’s acquisition of seventy percent of the Saudi Basic Industries Corporation (SABIC). ), and the Saudi British Bank.

The merger of (SABB) and Alawwal Bank to create the third largest lender bank in the Kingdom of Saudi Arabia with assets of about seventy-seven billion US dollars.

In line with this objective, several reforms have been introduced, particularly in the business sector. These reforms include more flexibility for foreign investors to participate in the economy of Saudi Arabia.

In 2017, as part of Vision 2030, Saudi Arabia announced a massive project called NEOM, which involves building a new center in the desert overlooking the Red Sea, with a pledged budget of US$500 billion.

Both of Merger And Acquisition are corporate strategies for financing and managing dealings through the sale, purchase, division or combination of similar companies that can help any organization to grow rapidly in its sector or place of origin, or in a new field, without creating subsidiaries, new entities or using a joint venture.

after knowing about Merger And Acquisition Services .. you can read more on baianat intellectual property careers 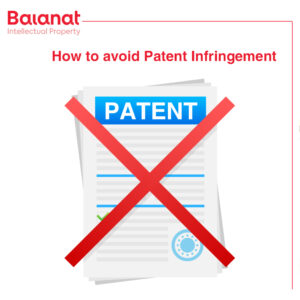 How to avoid patent infringement

The distinction between “merger” and “acquisition” is becoming increasingly blurred in different areas (particularly in terms of the economic bottom line), although it has not completely disappeared in all cases.

Merger in general is a union of interests between two or more companies that results in the emergence of a new entity or the establishment of one of the companies.

The merger is either by means of consolidation by dissolving the company and transferring its funds to another existing company, or by way of mixing, which is the dissolution of two or more existing companies and the establishment of a new company to which the rights and obligations of each of the dissolved companies will be transferred.

The acquisition of companies means the financial and administrative control of one company over the activity of another company, by purchasing all or a percentage of the ordinary shares that have the right to vote in the general assembly of the acquired company.

This strategy emerged as a result of the rapid changes in the global economic system represented in globalization and economic freedom, removing obstacles to opening markets, establishing economic blocs, and increasing the economic and financial problems facing developing and developed countries, which led to an increase in competition between companies and an increase in the challenges faced by many companies and institutions in the world.

after knowing about Merger And Acquisition Services .. you can read more on baianat intellectual property careers

The acquisition of companies means the financial and administrative control of one company over the activity of another company, by purchasing all or a percentage of the ordinary shares that have the right to vote in the general assembly of the acquired company, whether the shares were purchased in agreement with the current management or without, because the important thing is that the ratio allows acquired by the acquiring company by dominating the board of directors of the acquiring company.

The crisis of falling oil prices has led oil companies, especially small ones, to acquisitions and mergers in order to confront this crisis with the least possible losses by taking advantage of their previously mentioned advantages.

The overlap and direct impact of the oil sector on all production and service sectors. For example, Imperial Energy, which is registered in London and has assets in Russia, was bought by the Indian company ONGC Videsh for 1.4 billion pounds (two billion dollars).

As for Urals Energy, which also operates in Russia, it entered into negotiations over the possibility of its acquisition by Sinopec, the second largest Chinese oil company listed on the stock exchange. It was able to buy Boren Energy in 2007 and then First Calgary Petroleum in 2008.

Examples of successful mergers and acquisitions and the most famous currently: Exxon Mobil and Disney Pixar.

you can read more on baianat Intellectual Property company website