how to find Entertainment Attorney | guide

When new industries, unprecedented products, and innovative programmes emerge, new jobs are created with them, and previously unprecedented work.

On the mobile are the entertainment attorneys that are being pursued in the Kingdom, appearing in different and varied images and in multiple regions.

These programmes are accompanied by the creation of many basic functions and the provision of support services, such as legal services, which in turn allow law professionals to be entertainment attorneys.

Leisure in the Community

In fact, there is no law called the Leisure Act, but the nature of entertainment activities and programmes of all kinds—festivals, films, games, circuses, theatre, music, comedy performances.

The entertainment attorney‘s role is to protect the rights of the person who has sought legal advice or service, or to request counsel to defend him before the courts.

The plaintiff or legal counsel applicant may be a natural person such as the artist, actor, or performer, who himself is effective. 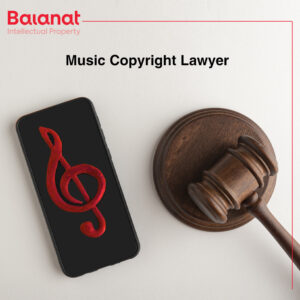 Promising to start, the entertainment attorney’s role is to protect the rights of his clients by reviewing draught contracts, explaining their terms, discovering gaps if any, negotiating with other parties, participating in the preparation of copies of contracts or final agreements, as well as pursuing the execution of contracts or claiming the rights of the client when other parties breach obligations, and providing legal advice.

The foregoing shows the importance of the role played by the entertainment lawyer and the variety and range of opportunities and ranges through which the lawyer can provide his services and legal work.

It is appropriate for those who wish to enter and specialise in this legal field—after the law has been practised in the basic and customary fields—to learn about the laws relating to entertainment and to continue to learn about them and about developments in the scope of entertainment, its customs, and obligations.

The Leisure Act covers an area of law encompassing media of all kinds (television, film, music, publishing, advertising, Internet, news media, etc.), and extends over various legal fields, which include companies, finance, intellectual property, propaganda, privacy, and, in the United States, the First Amendment to the United States Constitution.

After an agent lines up to work for a star, an entertainment lawyer negotiates with an agent and a buyer of the actor’s talent for compensation and profit participation.

However, some of the job descriptions of an entertainment lawyer have become comparable to those of a celebrity agent, manager, or publicist.

Most entertainment lawyers have many other roles, such as helping to build the client’s career.

Law enforcement in the entertainment sector requires careful legal specialization in several disciplines (intellectual property, contracts, taxes, insurance, media). The work in this legal specialization depends heavily on contracts and a simple aspect of litigation and arbitration. The Leisure Act covers several areas in the same sector, including:

And all matters relating to leisure contracts, negotiations with relevant parties.

This specialization is therefore expected to have a future in the legal profession in general and in the legal sector in particular.

It is appropriate at the beginning of the road to join one of the companies specializing in the entertainment industry to gain experience, know the secrets of working up close, learn from the past in this field, and build relationships so that one day he is an entertainment lawyer.

you can read more about baianat ip company office