International treaty for the idea protection

This was followed in 1886 by the issuance of the first international treaty for the idea protection of literary and artistic works in Berne, the Swiss capital. Work on industrial property protection and copyright idea protection was organized after the first international intellectual property office established in 1893 a joint effort and action between the member states of the Paris Treaty (Paris Union) and the countries Parties to the Bonn Convention (Bern Union).

Then the International Bureau moved from Bern to Geneva and became known in 1970 as the World Intellectual Property organization (WIPO), i.e. what is referred to for short as (WIPO), and the international protection of intellectual property is based mainly on what was agreed upon in the two (Paris) treaties. and Berne. 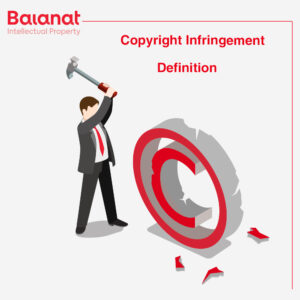 WIPO continued to manage one of the Twenty international agreements, two of which are with two international organizations, and works in cooperation with its members and through its secretaries in Geneva to implement a large and diverse program for: 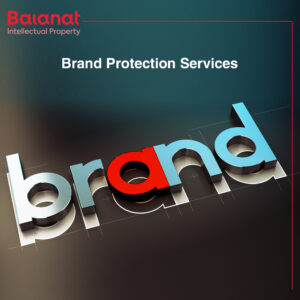 How to protect a business idea

Dr. Washington Convention for the idea Protection of Integrated Circuits.1986.

2- Copyright agreements: a. Berne Convention for the Protection of Literary and Artistic Works.. 1886 AD.

Dr. Brussels Agreement for the Distribution of Signals Carrying Programs Sent through Industrial Satellites 1974 AD, Morocco has acceded to it.

The agreements administered by WIPO are relevant to copyright protection and industrial property protection, specifically in the following areas:

The Permanent Legal Committee of the League of Arab States, in its meetings held in 1947 AD, discussed the unification of the laws of Arab countries related to copyright protection. The Council of the League of Arab States approved the draft law prepared by this committee to protect copyright in a decision issued on February 7, 1948. He recommended the Arab countries to issue in their regions matching legislation.

59 articles, and according to its first article, it enjoys the idea protection stipulated therein:

“Authors of innovative works in literature, arts and sciences, whatever these works are and regardless of their use or the purpose of classifying them.”

A conference of Arab ministers of culture was held in Baghdad from November 3-5, 1981, where an agreement for the idea protection of copyright was signed and all Arab countries signed it, except for Egypt and Lebanon.

There is no doubt that the development of copyright legislation is a matter of great importance and accuracy, as it is linked to multiple and sometimes conflicting considerations, and legislation must reconcile them. The map of the world began to change in the second half of the last century, causing many countries of the world to gain their independence.

These countries found themselves facing them through development in all fields, so they did not feel that copyright idea protection had the first place in this regard, so that they could see the thought of developed countries easily, smoothly and without restrictions.

All of this necessitated the need for legislative protection of copyright, and given the linkage of legislation to the political, economic, and social conditions of each country, and based on the authors’ need for national legislation to protect their rights, it was natural for Arab countries to pass copyright legislation to create the appropriate climate for the spread of works. Literary, artistic and scientific, so that authors can obtain a fair return from benefiting from their works, so that they can focus their efforts on creativity, and occupy the literary status they deserve, and still more than a third of the developing countries in the world lack legislation to protect copyright.

How to protect your idea when pitching it

That is, the Arab countries are committed, in accordance with the treaties they have concluded in this regard, and in the Cultural Treaty of 1945 AD and the Charter of Cultural Unity of 1964 AD, to issue copyright laws in their territories. More than half of the countries have issued

Legislation in the field of copyright, and the first law to protect copyright known to the Arab countries was the Ottoman Copyright Law issued in May 1910 AD, which remained in force in Jordan until the issuance of Legislation No. (22) in December 1992 AD, and it remained in force in Iraq until the issuance of the Iraqi Law No. (3) of 1971 AD, and the Iraqi judiciary applied the Ottoman law in some of its provisions. In Morocco, the Moroccan Royal Decree was issued on June 23, 1916, and then the Law for the Protection of Literary and Artistic Works was issued on July 29, 1970. In Lebanon, French Decree No. 3385 was issued.